Distributed Human Computer Interaction - What? and Why?

How long has it been since you successfully completed a task like document editing or software assisted computation, etc., working on a computer while being not interrupted/distracted by the digital noise? By Digital Noise, I meant all those feeble beeps, flashing notifications on your cell phone, tablet or any other gadget of modern innovation. For me, such an experience of uninterrupted work while being insulated from digital noise dates back to 5 to 10 in the past. There was a time, when a) internet connectivity was a luxury, b) mobile phones were affordable only by classes any higher than the upper middle-class society, and c) the word "Wearable Device" was not a cliche. 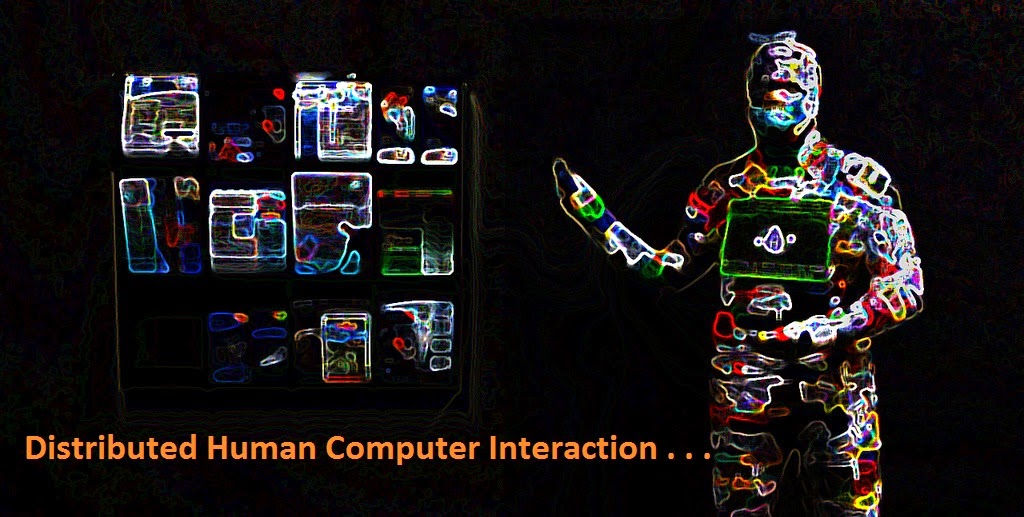 Welcome to the contemporary field of  "Distributed Human Computer Interaction," and hence,  a transition to distributed cognitive systems. Each of us, possessing more than one digital gadget, when used them simultaneously, is sharing our cognitive capabilities among those gadgets. While I write this article the case is not different, my attention is shared among a computer, tablet, and a cell phone on my table. This state is the manifestation of the fact that cognition and Human Computer Interaction are no more situated, but distributed.

This poses an imperative challenge for research in Human Computer Interaction. Future research in HCI should explore more in the space of Interaction Design that supports distributed cognition. Most importantly such systems should effectively counter the adversities of span of attention being limited by distributed cognition. Research in HCI should drive the design and adoption of interfaces and interaction methods to bring about unified experience while simultaneously interacting among devices of various farm factors.

Lastly, Automated agents that look over human actions are effectively addressing the possible risks of reduced attention span in distributed Human Computer Interaction. Avionics, manufacturing industries, etc., employee such systems; the cost associated is high. This is the very reason, why such automated agents are expensive to be widely integrated with consumer products. We crucially need systems that better understand the way humans perform distributed tasks. Further, such knowledge can pave the way for self-learning systems that can communicate among themselves to better support interactions of each user in distributed human-computer interaction, and hence converse human cognitive resources.

Image Credit: Wearable Technology by Keoni Cabral is licensed by CC by 2.0.